as i mentioned in a previous post, the winners of the annual Greater Esk Tourism Photographic Competition were announced at a special function on 14 November 2012

the photo which attracted the most votes from the public is entitled autumn with a touch of winter, by peter troode

owen hughes, who selected a winner for the main prize (fingal artist maggie fletcher), is shown below (right) with peter and the photo which won him the viewer’s choice award

there were a large number of entries this year, so it would not have been an easy task to either judge or vote which was the best photograph 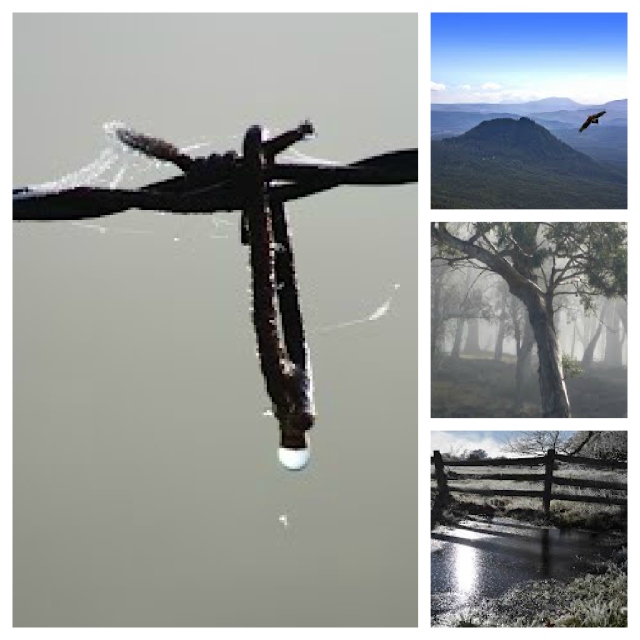 stay tuned to find out what the theme will be for 2013!

[both photos taken from our land near st marys in tasmania]

this section of st marys rivulet runs parallel to the main street;  it flows behind the public library and various other buildings in a loop between two bridges

this photo shows the river in idyllic and peaceful mood, but after heavy rains it can become a raging torrent

try to imagine being on the trip yourself while watching this

having said that, next time i’ll remember to take my camera

In 2010, we decided to live permanently in/near St Marys.

We bought a block of land as a symbol of our commitment – half bush, and half paddock.

One of the things that ‘sold’ this land to us was finding a wombat burrow! 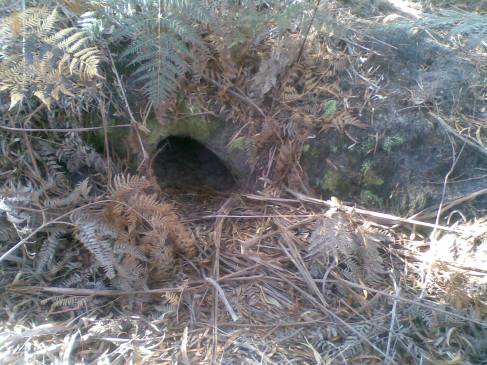 Later, when we levelled a site for our new shed, we found wombat footprints in the clay …

[I’ve enhanced the photo digitally so the footprints show up more clearly.]

Here is a photo of a Tasmanian wombat that I took in 2009 – not on our block, but on Maria Island:

One day, I hope to photograph ‘our’ wombat …